In the first year as Mayor we reduced the rates increase to 5.9%, while still maintaining full council service levels and delivery of outcomes expected of our community.We further reduced the rates to 5.5% the following year.

In our first year my council changed the Treasury Management Policy to allow longer term 50 year loans for inter-generational funding of the city's infrastructure. This was a recommendation of the Shand Government....... Learn More

Andrew lobbied central government to secure concessions for seniors travelling off peak, which subsequently saw this initiative being championed by the then Minister Winston Peters and the introduction of the Gold Card Pass. Learn More

90% of all council meetings and committee meetings this term have been held in open public and any confidential information has been released to the public agenda as soon as practicable. A far better solution was found for the........ Learn More

At the very first meeting of the new Council in October 2007 I moved a resolution that North Shore City Council would no longer support a commercial airport at Whenuapai. This was passed and immediate steps were put in place to....... Learn More

Delegations to Community Boards have been increased under my Mayoralty and their important role in Council has been given more recognition. For the first time, two of the six boards attend the monthly Council meeting and present....... Learn More

My quarterly meetings with our District Police Commander have proved to be very beneficial. The good working relationship has seen pro-active policing initiatives rolled out across the North Shore, fully supported by the council. Learn More

This Council has been very active in expanding the parks and reserves network across the North Shore using parks reserves funding and development contributions funding.
The most significant acquisition was....... Learn More

Jane and I have been very active in the community in so many ways. We have enjoyed being of service as Mayor and Mayoress, assisting wherever we can to support community groups, ethnic organisations, senior citizens, youth, disabled, sports groups and the arts. The role of Mayor demanded a special person who would dedicate time to the community, from Wag 'n Walk SPCA fundraisers to Kids Bike Day. Community planting days to Special Olympics sports events. Heritage Festival events to Santa Parades.

“Andrew is a Trustee of the Takapuna Facilities Trust, and is on the board of the Waitemata Harbour Clean-Up Trust. He is also a Patron of many North Shore charities, clubs and organisations, as is Jane.” 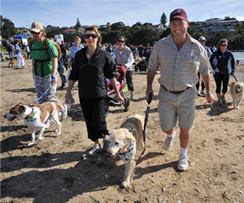 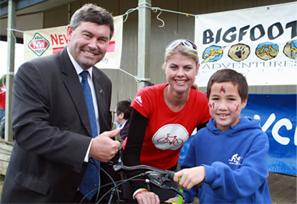 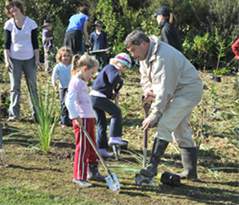 My business career has centred on international trade over the past 30 years in the meat industry, farmed venison exports, airfreight, shipping and trade development. I have an Advanced Marketing Management diploma from the International Marketing Institute of New Zealand. I was the founding President of the NZ-Europe Business Council, and was on the Executive of the Auckland Consular Corps.

I think "business" regionally and nationally, and will ensure that the new city is not just Auckland CBD-centric development. We need to have sustainable economic growth and jobs being generated right across the region. I have extensive contacts in many sectors of industry and commerce and will leverage the many linkages to assist Auckland's development, including international trade and investment.

I will use my 30 years business skills to bring Auckland together to advance projects such as the downtown waterfront project and transport. It is time for Auckland to come together with a good business development plan that we can all buy into. 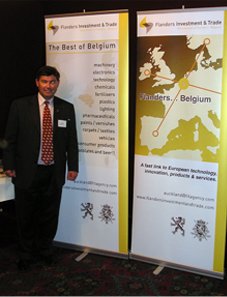 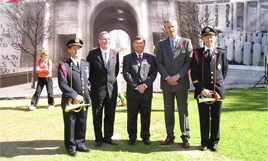 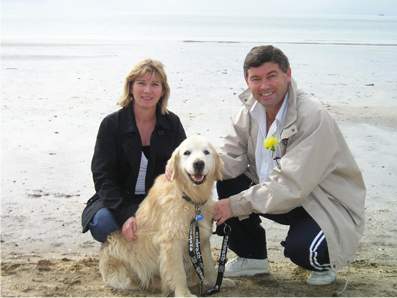 Originally from Waipukurau in Central Hawke's Bay, (born 1959) Andrew moved to the North Shore in 1976, finishing his education at Rangitoto College. He has lived in Campbells Bay with his wife Jane and their three (now adult) children Sam, Nicky, and Bryony.

Andrew's interests include camping, walking, swimming, golf, boating, gardening, and watching sports such as rugby, cricket, basketball and netball. Having travelled extensively during his years in business, he enjoys sampling other people's cultures, foods, music, sports and lifestyles. 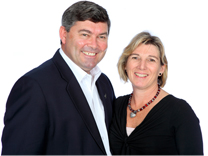