During my three years as a Member of Parliament, nine years an elected member of local government as Mayor, City Councillor, and Community Board Member, and in my earlier Consular/Trade role, a great many people have expressed their thanks for my assistance and input into solving issues of concern to them. I am proud of the significant results we as a community have been able to achieve from working together for good outcomes which will have far reaching benefits. 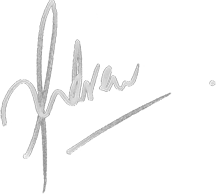 "I would like to take this opportunity to thank you very much for the considerable support that you have shown both the Albany Junior and Senior High Schools over the issues surrounding the establishing of the latter on the Outdoor Education Site. There is no doubt in my mind that it is the personal interest and time that you have shown in this situation has been a major factor in finding the very satisfactory solution that has been worked out amongst all parties over the last few days.... I also acknowledge that you are a very new mayor and that you, no doubt, have had a very busy start in your new role and I appreciate that you immediately stepped into this issue and worked very hard on our behalf."

"Andrew Williams is a man who "Walks His Talk". A councillor who LISTENS and then takes ACTION and gives a VOICE to the communities and ratepayers he represents. He is a man concerned with "issues" not the petty domain of politicking and personal agendas. Andrew also has a strong view of fiscal responsibility."

"I have worked with Andrew since he was first elected to North Shore City as a Councillor six years ago and have served with him on the Takapuna Community Board during that time. He has a strong grasp of all issues pertaining to both the city and the region and has an excellent understanding of both the Local Government Act and the Resource Management Act. Andrew has been unstinting in his support for issues such as the importance of community consultation, efficient public transport and beautification of the city centre. His energy and enthusiasm together with his years of experience as both a Councillor and Community Board Member will stand him in good stead as Mayor of North Shore City."

"Ratepayers are entitled to know which Councillors will or will not work for the people that have elected them. During 2001, after suffering 6 years of abysmal city council red tape and witnessing first hand, unacceptable wastage of ratepayer funds, I was delighted to meet Councillor Williams, "THE PEOPLES REPRESENTATIVE". Together with Cr. Alison Clark, Andrew played an instrumental role in the successful outcome of our petition to the Environment Court against the North Shore City Council.
I personally know that Andrew is active in the process of departmental performance and chairperson review. It is my belief that changes made in these areas, ensure that never again will ratepayers suffer the same plight as the Anzac Street Residents Association. Our members will always remember that ANDREW WILLIAMS REPRESENTED US, THE RATEPAYERS THAT ELECTED HIM."

".....Hill (Infrastructure Auckland) gives credit for the Rangitoto College idea (school lockers) to a parent and North Shore City Council member, Andrew Williams, which didn't surprise me. Williams is well known where I live..... He is a bundle of practical ideas, energy and community spirit. He is smart, dedicated and gets things done. Sometimes you see him in the walking bus. I hope people like him stand for the ARC next year....."

"As a co-founder and chairperson of the Takapuna Christmas carnival committee, I would like to say what a huge support councillor Andrew Williams was to our organisation, when it came to getting the Takapuna Christmas Carnival running smoothly on the day we held the event. Every hurdle large or small we had leading up to the day was quickly overcome, usually in a matter of minutes after a quick phone call to Andrew. I could, and frequently did, tell everyone what a wonderful relief it was to have such an insightful family and community orientated man to work with on the council."

"We have been impressed by Andrew's active involvement in a wide range of community affairs. He has been most willing to attend public meetings in the community, to meet and hear concerns of local residents. We have appreciated his hands-on approach as a regular participant in working bees to improve the environment."

"There is confirmation that the City Plan includes the refurbishment of 30 Downing Street (the old Skatelands Building) to be used as a community facility with a strong youth focus. Thanks to those youth councillors who added their voice to this submission... Councillor Andrew Williams explained that Adrian Burns, Council's Leisure Services Manager has been charged with determining the shape of the refurbishment, the utilisation and once completed, operating is.... He will be setting up a steering group and will seek representation from Youth Council.... It is anticipated that the building will be operating around April 2005. Councillor Williams was thanked for his strong advocacy to Council regarding this issue."